Fixed Mindset versus Growth Mindset: How Your Beliefs can Prevent Your Success.

Why is it so hard to stay consistent with our goals and follow through successfully?

Some of the most popular reasons for this is a lack of motivation and willpower, but there’s something else we often forget to discuss.

It’s our mindset—specifically, the fixed and growth mindset, and how each one of these can affect the odds of achieving success with our goals.

Here’s how it works.. 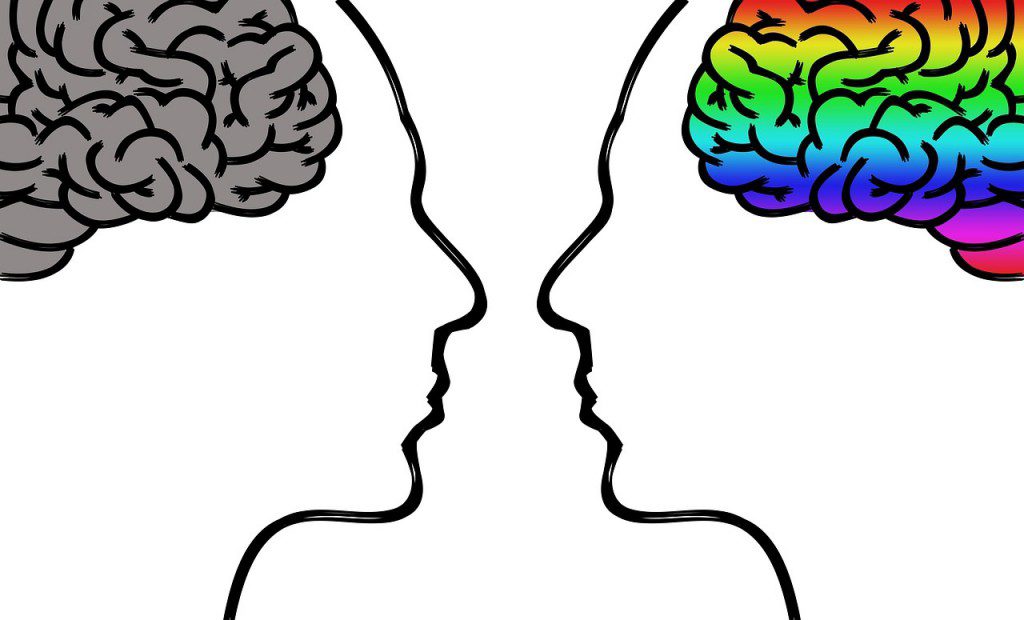 What is the Difference Between the Growth mindset and the Fixed Mindset?

In Carol Dweck’s book, Mindset: The New Psychology of Success, she writes:

“Why waste time proving over and over how great you are, when you could be getting better? Why hide deficiencies instead of overcoming them? Why look for friends or partners who will just shore up your self-esteem instead of ones who will also challenge you to grow? And why seek out the tried and true, instead of experiences that will stretch you? The passion for stretching yourself and sticking to it, even (or especially) when it’s not going well, is the hallmark of the growth mindset. This is the mindset that allows people to thrive during some of the most challenging times in their lives.”

Someone with a fixed mindset will see failure as permanent and they are likely to avoid conflict. But, a person with a growth mindset is likely to see failure as feedback to improve and problems as interesting challenges.

The fixed mindset views critical feedback as a personal attack, a growth mindset views this as information to improve their efforts.

The fixed mindset is more likely to give up or struggle with inconsistency in the face of adversity and obstacles. The growth mindset views obstacles as an opportunity to experiment and solve problems.

When it comes to risk taking, the fixed mindset is much less likely than the growth mindset to take creative risks for innovation.

In reality, we often switch between both mindsets throughout the day. For example, if you catch yourself saying things like: “I always procrastinate,” “I always struggle to lose weight,” “I never have enough motivation,” you’re stuck in a fixed mindset that prevents you from making progress.

Fortunately, there’s a way to spend more time in the growth mindset zone.

Lock yourself in a room doing five beats a day for three summers. That’s a different world like Cree Summer’s. I deserve to do these numbers!

In the book Art & Fear (audiobook), authors David Bayles and Ted Orland share a fascinating story about a ceramics teacher that shows how the fixed and growth mindset can affect your success in life…

The ceramics teacher announced that he was dividing the class into two groups. All those on the left side of the studio, he said, would be graded solely on the quantity of work they produced, all those on the right solely on its quality.

His procedure was simple: on the final day of class he would bring in his bathroom scales and weigh the work of the “quantity” group: fifty pounds of pots rated an “A”, forty pounds a “B”, and so on. Those being graded on “quality”, however, needed to produce only one pot — albeit a perfect one — to get an “A”.

Well, grading time came and a curious fact emerged: the works of highest quality were all produced by the group being graded for quantity!

It seems that while the “quantity” group was busily churning out piles of work — and learning from their mistakes — the “quality” group had sat around theorizing about perfection, and in the end had little more to show for their efforts than grandiose theories and a pile of dead clay.

This is the kind of analysis paralysis from a fixed mindset I struggled with for years.

For example, several years ago, I wasted over 2 months procrastinating in getting started on writing a book.

Every day, I would open my laptop to write the first paragraph and freeze up. I wanted every word to be perfect and to avoid failure or criticism from the readers at all costs.

Just like the “quality” ceramics group, I spent a lot of time theorizing about the outline of the book, the graphics of the book cover and so on—but after several weeks I still had nothing to show for it.

One day, I made a decision to let go of my fixed mindset and switch to a growth mindset.

Instead of obsessing over perfection and quality, I focused on starting as small as possible and churning out quantity on a consistent basis.

Using this strategy, I managed to stop procrastinating and write an average of 500 words per day over several weeks, until I wrote and published a book to help students achieve their best grades.

I’ve also used the same strategy to stay consistent with my writing. For over 6 months, I’ve published a new article on mayooshin.com without fail.

It doesn’t matter how bad or imperfect I believe the written piece is, I publish it anyway, receive the feedback , rinse and repeat again.

The irony is that some of my written articles—the ones with the most spelling mistakes, grammatical errors—and those I felt were rushed and poor quality have become the most popular and widely shared articles I’ve written.

If I was so obsessed about the quality of my work and too fixed on how people would react to my writing, you’d probably have never read this article and many others on this site.

I’m not the best writer and there are much more talented writers out there online. Does this mean that I shouldn’t bother writing, since I’m not “talented”?

And, if i’m not a good writer, how can I become a better writer if I don’t practice writing?

It’s a lot easier to stay consistent with your goals when you develop a growth mindset.

How to Develop a Growth Mindset?

The truth is that to become a better writer, professional, friend and so on, you have to put in your reps, make mistakes and keep learning.

The best way to develop a growth mindset is to focus on quantity and volume.

If you want to lose weight and stay in shape, simply show up to exercise—no matter how short and imperfect the workout—2 to 3 times a week. After 6 months, you’ll be a lot closer to achieving your weight loss goals.

If you want to improve your writing, simply write and share 1 article or written piece once a week—no matter how crappy and short it is. After 1 year,  you’ll have written over 50 pieces, one of which could go on to become successful.

If you want to pick up a new hobby or instrument, simply pick up the instrument to play or practice a new song every week. After 1 year, you would be able to play over 10 of your favourite songs with the instrument.

It’s not about being perfect or getting it right the first time. It’s about making a commitment to show up consistently—to increase the volume of effort.

Your ability to achieve your goals isn’t fixed based on your level of “talent.”It improves with every conscious decision you make to take action. This is why it’s so important to shift your identity and mindset to a growth mindset.

Rome wasn’t built in a day, but they were laying bricks every hour. Lay your own brick today.