Everyday Dorothy would wake up at 4.30 a.m. and practice ice skating for a couple of hours. Then after practice, she would go to school, then go home for dinner after school and then return back to training for another 2 hours. (1)

Her typical full day of training was intense.

It consisted of four hours of practicing compulsory figure skating followed by two hours of free skating, and then repeating the entire practice again.

“I would spend four hours a day going in circles and trying to perfect the compulsory figures and no one ever saw those but the judges. They were so complicated and so hard to perfect.”

At the time “compulsory figures” were the first event and had a significant influence on deciding the Olympic Ice Skating medalists.

These “compulsory figures” required that the athletes create slow, intricate and complex shapes in the ice skating rink.

Her hard-work finally paid off.

At the 1976 Winter Olympic Games in Innsbruck, Austria, Dorothy was awarded the Olympic gold medal in the ladies’ single figure skating competition. 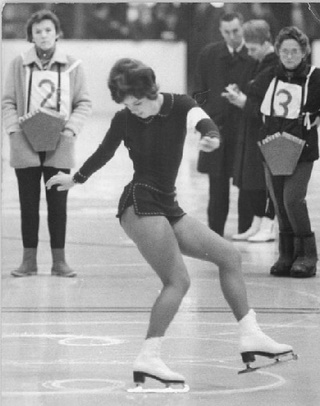 The Secret To Sustained Motivation

Dorothy’s mother had made a significant sacrifice by moving the entire family from Connecticut to Colorado, so that Dorothy could focus exclusively on training.

In an interview, Dorothy was asked to explain how she motivated herself to train everyday on such a gruelling schedule, she replied:

“I had a commitment to myself and all the people who were helping me skate.”

“It’s like a marriage, you don’t walk away from it. It was a huge investment in everyone’s life—my mom and my brothers and sisters and coaches.”

Right there in her own words is the secret to sustained motivation and taking consistent action.

The Consequences Of Inaction

In Dorothy’s scenario, she had a lot at stake if she failed to practice consistently.

Not only would she have let herself down and fail to achieve her potential, she would also have wasted the personal and financial sacrifices her family and coaches had made to support her.

In a nutshell, her driving motivation was the negative consequences of inaction. Particularly, these consequences were immediate and not too far off in the distant future.

By constantly reminding herself of what was immediately at stake, she was able to motivate herself to wake up at 4 a.m. and practice diligently for many hours everyday.

Applying this to your life

There are several ways you can create immediate consequences for inaction.

For example, let’s say you’re struggling to motivate yourself to exercise daily. Whenever you miss a day of exercise, you look in the mirror and don’t yet notice any immediate consequence for skipping the workout. There is no sense of urgency or motivation to take action.

To create an immediate consequence, you could partner with an accountability buddy who you would pay a substantial amount of money whenever you don’t show up at the gym.

Consequences aren’t just limited to losing money. You could also remind yourself of big picture consequences as Dorothy Hill did:

We have a tendency to avoid painful experiences and run towards pleasure instead. By creating immediate painful consequences for inaction, we can motivate ourselves to take the necessary daily action to achieve our goals.

Do you have immediate and painful consequences for failing to taking action towards your goals? If not, create yours today and use this to motivate yourself to get out of bed in the morning and take progressive action everyday.