This year will be different—or so we thought.

We get so excited and motivated to stick to our new year’s resolutions—to exercise more, eat healthier, wake up earlier, write more, read more, spend more time with the people who matter most to us and yet…

A few months into the year the excuses start rolling in.

We lose motivation, quit and slip back into our old bad habits that we’ve tried so hard to change. It’s frustrating because our lack of consistency makes it harder to get from where we are today to where we want to be.

Why do we never stick to our goals and how can we change this? Let’s dive in.

The Hidden Force Driving Our Habits 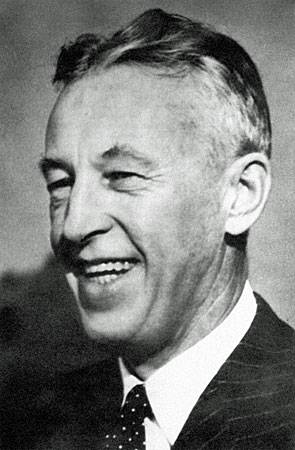 In 1934, an alcoholic, Bill Wilson staggered into Towns Hospital, an upper Manhattan institution to get treatment for his alcoholic addiction.

Wilson had already tried to visit other rehab centres to break his bad habit of drinking two quarts of rotgut whiskey daily—this addiction had been ruining his life for decades.

No matter how many times Wilson promised his wife and family that he would stop drinking, he would eventually relapse back to his old habits—nothing was working.

When Wilson returned back to the Manhattan Towns Hospital, his physician—William D. Silkworth, sedated him with belladonna, a drug used to help him calm down and go to sleep. And then he shouted….

“If there is a God, let Him show Himself. I am ready to do anything, anything!”“Suddenly,” he later noted, “the room lit up with a great white light. I was caught up into an ecstasy which there are no words to describe. It seemed …. that a wind not of air but of spirit was blowing. And then it burst upon me that I was a free man.”

For the next 36 years of his life, Wilson would never have another drink of alcohol.

Instead, he dedicated his life to helping other alcoholics break their bad habits through a co-created programme that promoted transparency and a belief in God.

Today, this programme has established itself as the well-known Alcoholics Anonymous (AA)— which helps over 2 million people every year break their alcoholic addictions through its famous 12-steps in approximately 150 countries worldwide.

Even though AA primarily teaches unscientific methods, it’s had a powerful impact in transforming the lives of more than 10 million Americans over its lifetime.

When AA members were asked to reveal the secret to what finally helped them stick to their healthy habits, one word repetitively showed up—belief. [1]

“ Your beliefs become your thoughts,

Your thoughts become your words,

Your words become your actions,

Your actions become your habits,

Your habits become your values,

Your values become your destiny.”

If you take a step back and listen to that voice in your head—both the good and the bad—you’ll notice that there’s always been a belief, a self-identity driving your habits.

A few years ago, I spoke to a friend about her struggle going to the gym consistently to achieve her goal of losing 10 pounds off her weight.

During our conversation, she told me how everyday she would get home from work, make excuses why she shouldn’t go to the gym (didn’t get enough sleep from the night before, stressed from work) and then eventually skip the workout.

This had gone on for months and no matter how many times she set goals, joined accountability groups, downloaded new apps or hired personal trainers—she wasn’t making any progress.

A few of her statements clearly stood out:

“People in the gym are judgmental and think they own the place”.

“I struggle to wake up in the morning to workout”

“Working out is so boring, it’s just not fun anymore”

My friend had unknowingly built a strong belief system that made going to the gym boring, difficult and scary.

No matter how much she consciously tried to change her habits, her subconscious self-beliefs eventually took control and sabotaged her efforts year after year.

Over the years since then I learned something profound…

If we find ourselves committing to plans and goals but never actually following through consistently—we need to honestly examine our underlying self beliefs and change them first.

Otherwise, we’ll find ourselves slipping back to old habits once again because we never addressed the problem at the core first.

So how exactly can we create a new belief system and self-identity that will help us stick to our goals?

Be It Until You Make It

“You can, you should, and if you’re brave enough to start, you will.”

Remember Bill Wilson and his story of breaking free of his alcohol addiction after his encounter with God?

Whether we take his story at face value or not, consider this — could it be that Bill’s experience caused such a dramatic shift in his belief system, that he broke free instantly?

This tiny shift in his self talk caused such a significant change in his habits that he remained sober for over three decades.

To create a similar change for yourself, I’m going to introduce an idea called ‘Be It Until You Make It’.

The concept is simple— simply ‘BE’ the type of person who does (actions) as if you already had achieved the goal. [3]

Here are some examples:

Old identity: Going to the gym is so boring and I don’t have any time. I struggle to consistently lose weight.

New identity: I am the type of person who exercises consistently, eats healthy and loses weight.

Actions: Three times a week I wake up at 6 a.m to workout. Every morning I wake up and drink a glass of water. I sleep at 10 p.m everyday.

Goal: To spend more time with family and friends

Old identity: I struggle to find any time to spend with family and friends.

Action: I call my family every Sunday at 7 p.m. I hangout with my friends for brunch at a local restaurant every Saturday.

Old identity: Every time I look at a blank piece of paper I struggle to get ideas of what to start writing first.

I struggle to consistently find time to finish my novel. I’m afraid of what people will think of my work.

New identity: I am the type of person who always comes up with creative ideas, shows my work to others and stays on track with my manuscript projects.

Action: Everyday at 8 a.m I start writing in my drafts up till 2 p.m. Once a week I share my written work with agencies and other writers.

By taking tiny steps that reinforce your new self-identity, you can change your self beliefs and ultimately, your habits.

Where To Go From Here

Right now in this present moment, we can choose to behave and act out a new chosen belief system.

Instead of obsessing over the future, we can choose to focus on who we can be and what we can do right now in this moment to bring us one step closer to achieving our dreams.

You may stumble, make mistakes and even fail, but as long as you remember who you really are, you will always stand back up and keep going.