‘ It doesn’t matter how slowly you go, as long as you DO NOT STOP’ 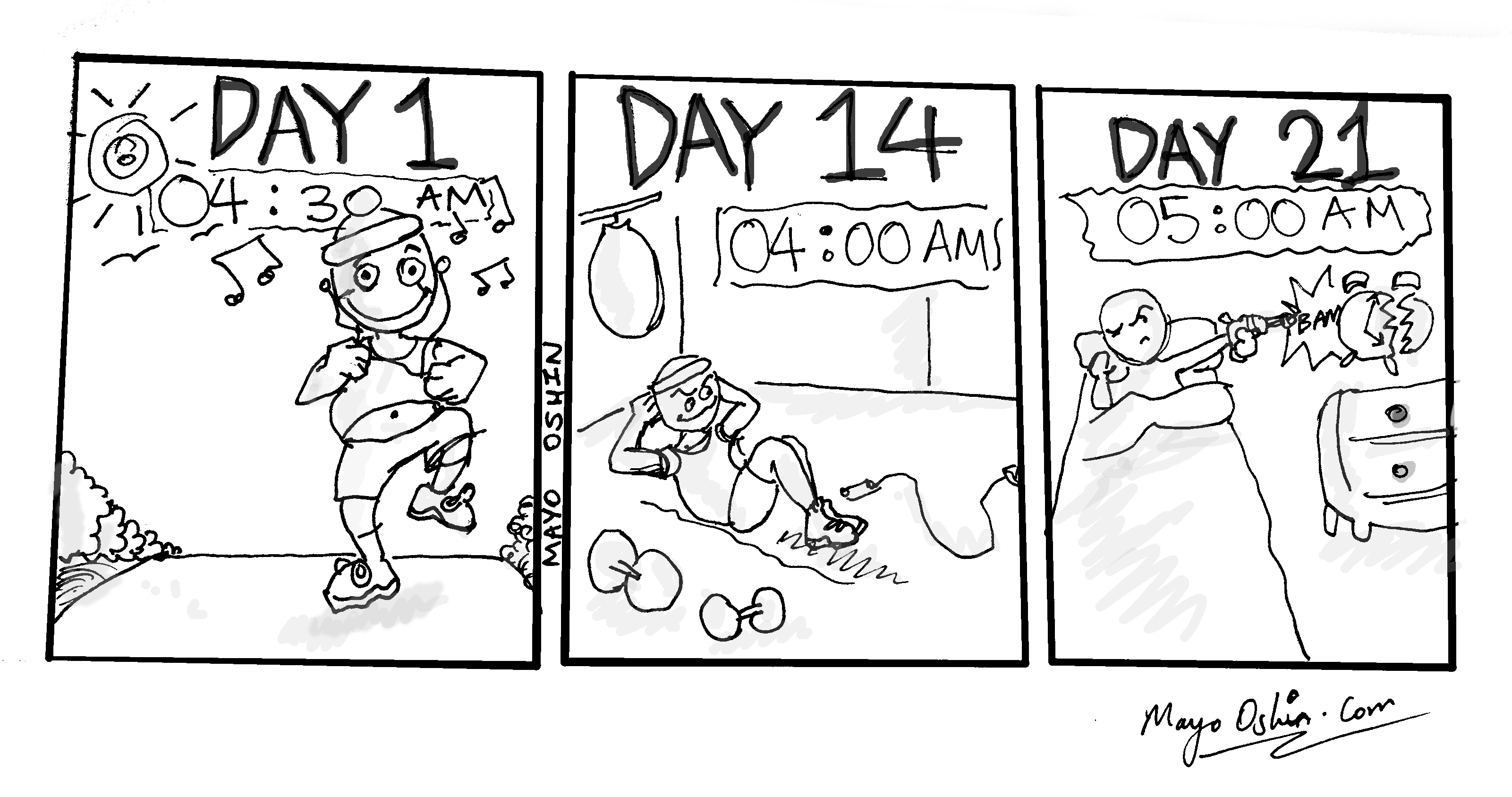 The long-lasting myth that it takes 21 days to form a new habit originated from the book ‘Psycho-Cybernetics’(audiobook) written by plastic surgeon, Dr. Maltz.

Dr. Maltz observed that his patients took a minimum of 21 days to adjust to seeing their new face after an operation or a missing limb after amputation—he never stated this as a matter of fact.

Decades afterwards till date, his simple 21 day observation has been extrapolated into a golden rule promoted by pop psychology and self-help gurus.

Search anywhere on the internet and you will find a ridiculous amount of articles, particularly from health and fitness gurus, telling you that it will only take you 21 days to eat and live healthy effortlessly.

If you’ve ever gotten frustrated because you couldn’t form a new habit in 21 days, you can now breathe a sigh of relief. This is a myth that has been debunked by proven science and personal experiences from countless numbers of people over time.

How Long Does It Really Take To Build A New Habit

In 2009, researcher Phillippa Lally and her team from the University College London set out to figure out how long it took to form a new habit. (1)

To conduct the study, they recruited 96 people who chose new habits to focus on for a 12-week period. The participants each had a new habit such as eating a piece of fruit with lunch or doing a 15 minute run before dinner.

Every day the participants were asked how automatic the behaviour had become i.e without thinking—then after 12 weeks the results were analyzed. 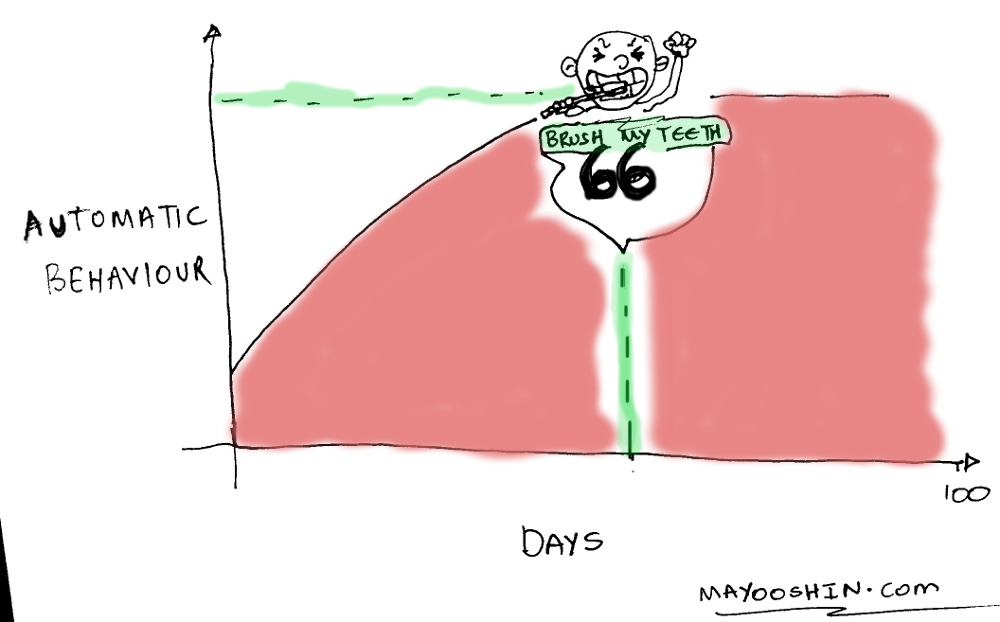 On average it took approximately 66 days to make a new behaviour automatic.

Participants varied in how long it took them to form a new habit, ranging from 18 days up to 254 days. Evidently, some habits were ‘automatic’ quicker than others i.e drinking a glass of water instead of sit-ups.

Lally’s study also observed that missing a single day did not reduce the chance of forming a new habit. This means that you don’t have to beat yourself up or give up if you struggle with consistency because you haven’t lost your gains—just get back up and keep going.

In any case, scientifically you should expect that it may take you several days or even months of repeating a behaviour consistently to form a new habit.

What To Do Now

The truth is everybody is different and you are particularly unique in how you form new habits.

We haven’t even scratched the surface on some other important factors— the complexity of the new habit, your current environment, your self-identity and belief system and so on.

Regardless of  where you are right now or how long it will take to form the new habit, remember this in the words of Philosopher, Lao Tzu:

The Journey Of A Thousand Miles Begins With A Single Step

Take that first step today and you’ll be one step closer to achieving your goals.