With over 80 billion dollars to their name, Richard Branson and Mark Zuckerberg have often been cited as the most influential entrepreneurs in modern history.

Nearly 44 years after his death, late action film star, Bruce Lee, is still remembered as one of the most iconic figures in martial arts and cinematography.

All three of these individuals owe their success not only to hard work, but also to their high levels of productivity.

Here are some of the best productivity secrets from Richard Branson, Mark Zuckerberg and Bruce Lee.

Sir Richard Branson is the Chairman and Founder of the Virgin Group, which consists of more than 400 companies till date.

Here are some of the billionaire’s productivity secrets…

During a 2006 interview, Branson was asked to rank his top five most important tools and activities whilst on the road.

Branson mentioned one basic item as his number one and attributed this to his success today. He said:

“It may sound ridiculous, but my most important is to always carry a little notebook in your back pocket. I think the number one thing that I take with me when I’m traveling is the notebook.

Make sure you can use it for ideas, for contacts for suggestions for problems and get out and address the issues. Your life will be that much better organized for carrying it.

I could never have built the Virgin Group into the size it is without those few bits of paper.”

Any basic notebook could do this job well. I personally use the Moleskine notebook for writing and note taking because it’s firm and made of durable material.

If you’re not a notebook type, you can always take notes on your mobile phone.

Either way, the habit of note taking can be extremely useful for your productivity.

Branson has surprisingly noted that this habit is uncommon amongst leaders…

“In my experience, 99 per cent of people in leadership roles don’t take notes.” [1]

“There are many occasions when I find myself in meetings and am the only one with a pen taking down notes. I go through dozens of notebooks every year and write down everything that occurs to me each day.”[2]

Note taking isn’t only useful for your productivity. Branson notes that this habit also helps with memory, creativity and innovation of new ideas.

“Some of the ideas contained inside end up turning into reality, and some don’t – but they are all noteworthy.” [2]

“No matter how big, small, simple or complex an idea is, get it in writing. But don’t just take notes for the sake of taking notes, go through your ideas and turn them into actionable and measurable goals. If you don’t write your ideas down, they could leave your head before you even leave the room.”

“Some of Virgin’s most successful companies have been born from random moments – if we hadn’t opened our notebooks, they would never have happened.” [1]

2. Stand up during meetings

Most group meetings last for 30 minutes or longer, not Richard Branson’s. Within 5-10 minutes, most of his meetings are done.

The billionaire has spoken several times about his aversion to long meetings and his time management strategy for this. In Branson’s words:

“I like to take a different approach to meetings. One of my favourite tricks is to conduct most of my meetings standing up. I find it to be a much quicker way of getting down to business, making a decision and sealing the deal.

When given the opportunity I often like to take things a step further – literally, with a walking meeting. I sometimes even set myself a personal challenge of trying to come up with a plan of attack in the time it takes to walk around the block… five minutes, go!

A lot of time is wasted in meetings. Agendas get forgotten, topics go amiss, and people get distracted…it’s very rare that a meeting on a single topic should need to last more than 5-10 minutes. If you stand up, you’ll find that decisions get made pretty quickly, and no one nods off! Plus it’s a great way to fit in a bit of exercise and stay focused on a busy day.”

In Kevin Kruse’s book, 15 secrets successful people know about time management, he highlights this strategy as well those from other billionaires, entrepreneurs and students including Jack Dorsey and Steve Jobs.

I’ve written several times about the power of environment on human behavior. This is an example of a billionaire designing his environment to improve his productivity, creativity, health and decision-making.

In the case of meetings, Richard Branson chooses an environment that is natural i.e. Outdoors, ocean views, light waking etc.

Compare this to most meetings that are designed in an environment indoors with chairs, office material and paperwork.

Branson’s final point about exercise brings us to his next productivity secret.

In his Virgin blog, Branson gave a snippet into his typical daily routine for peak productivity:

“I like to wake up early; usually around 5am. I get out of bed and do some exercise – play a game of tennis, go for a walk or a run, jump on my bike, or if there’s enough wind, go for a kitesurf. Then I eat breakfast and spend time with my family. Exercise and family time put me in a great mind frame before getting down to business…….The reason I like to wake up early, is so that I can work through my emails before most of the world logs on.”

During an interview with the FourHourBodyPress, Branson mentions how exercising regularly helps his productivity.

“I definitely can achieve twice as much by keeping fit….It keeps the brain functioning well.”

The ultimate productivity hack is to manage your energy and not your time.

By raising your energy levels through regular exercise and matching this appropriately with your priorities, you can get up to 10x more done in less time.

If a 67-year-old man running billionaire dollar companies, charities and various projects can find time to exercise, so can you.

There’s no valid excuse for not exercising regularly. If you haven’t yet, take that first step today and create your new exercise habit. 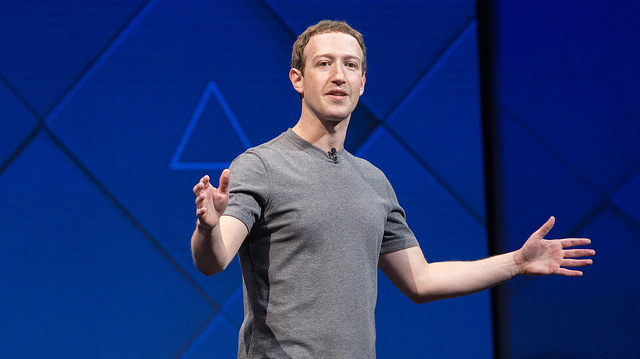 Mark Zuckerberg is the Co-founder, Chairman and CEO of Facebook, with an estimated net worth of $74.2 billion.

Here are some of his productivity secrets…

Zuckerberg lives a simple life. He spends his energy focused on the essential decisions that allow him to stay focused and productive.

An example of this simplicity strategy is his clothing habits.

If you search online for images of Mark Zuckerberg, you’ll notice something peculiar—he’s always wearing the same outfit: blue jeans, gray T-shirt and a hoodie.

Why would a billionaire who could wear a wide variation of outfits, choose to limit his wardrobe choices?

In 2014, during a public Q&A session with Facebook, Zuckerberg was asked the popular question:

“Why do you wear the same T-shirt every day?

“I really want to clear my life so that I have to make as few decisions as possible about anything except how to best serve this community.”

“I feel like I’m not doing my job if I spend any of my energy on things that are silly or frivolous about my life so that I can dedicate all my energy into building the best products and services.”

Zuckerberg also noted that he has “multiple same shirts” and that small decisions like choosing what to wear, add up overtime and can be tiring.

It turns out that your willpower is like a muscle—it gets weaker or stronger depending on how often you use it.

The more decisions you make throughout the day, the weaker your willpower will become because they get “fatigued.”

The converse is true.

The less decisions you make, the more energy and willpower you have left over to tackle your most important tasks.

Coincidentally, Zuckerberg isn’t the only high achiever to use simplicity for improved productivity.

Former President of the U.S.A, Barack Obama, once told Vanity Fair magazine, that…

“You’ll see I wear only gray or blue suits….I’m trying to pare down decisions. I don’t want to make decisions about what I’m eating or wearing. Because I have too many other decisions to make.”

Clothing is just one of many areas of your life that could be simplified.

Consider how you can simplify your diet, exercise routine, relationships, tasks and so on, for peak productivity.

2. Do the easy thing first

Once you’ve simplified your decision-making process, it’s time to think about priorities.

Which one of your many tasks do you need to tackle first?

“I think a simple rule of business is, if you do the things that are easier first, then you can actually make a lot of progress.”

Doing the easy thing first is a great strategy to help you to stop procrastinating because it’s easier to get started.

Once you cross off the easy tasks from your list, you build confidence and momentum that allows you to tackle the harder things later in the day.

Just like Branson, Zuckerberg is yet another billionaire who preaches on the importance of regular exercise, health and fitness for success.

“Staying in shape is very important..Doing anything well requires energy, and you just have a lot more energy when you’re fit.”

He said: “I make sure I work out at least three times a week — usually first thing when I wake up.”

Mental and physical health is at the core of my writing and this entire website, I hope you can now see why I write so much about habits and health.

If you haven’t yet joined the free newsletter for weekly articles and access to the free 50-page habits guide, you can get these here.

This content will help you to build good habits that stick and stay consistent with your goals over the long-term. 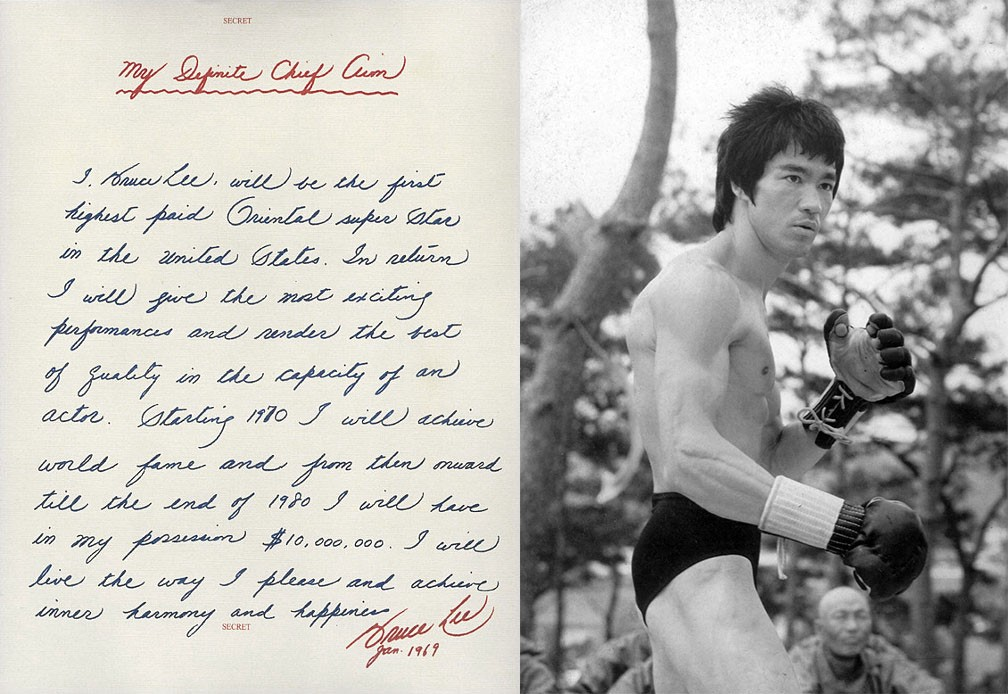 Bruce Lee was one of history’s best known martial artist and actor for his roles in action films.

Although Lee is remembered for his fighting performances, little is known about the profound impact of his philosophies on martial arts.

These philosophies can also be applied to any area of your life, for better health, creativity and productivity.

One of Lee’s philosophies was the tenet of “Jeet Kune Do.”

“The art of Jeet Kune Do is simply to simplify. Jeet Kune Do avoids the superficial, penetrates the complex, goes to the heart of the problem and pinpoints the key factors. Jeet Kune Do does not beat around the bush…

Simplicity is the shortest distance between two points. Jeet Kune Do favors formlessness so that it can assume all forms and since Jeet Kune Do has no style, it can fit in with all styles.

As a result, Jeet Kune Do utilizes all ways and is bound by none and, likewise, uses any techniques or means which serve its end.”

—Tao of Jeet Kune Do by Bruce Lee

In other words, peak productivity is achieved by eliminating the inessential and focusing on the important.

Lee also suggests that there are no rules for solving any specific problem, rather simplicity reveals the best solution.

Ask yourself the difficult questions:

When you eliminate the inessential from your life, the things that are most important to you will flourish.

Finally, Bruce Lee’s entire philosophy on productivity and success can be captured in this one quote:

Do you have “one kick” that you’re focused on improving? If not, what can you do using any one of the tips in this article to get your ‘reps’ in?